Glory is the code name of my prototype IDE for developing OpenGL-powered graphical effects. After half a year of work, it has entered a functional alpha stage (and awarded me the MSc.) 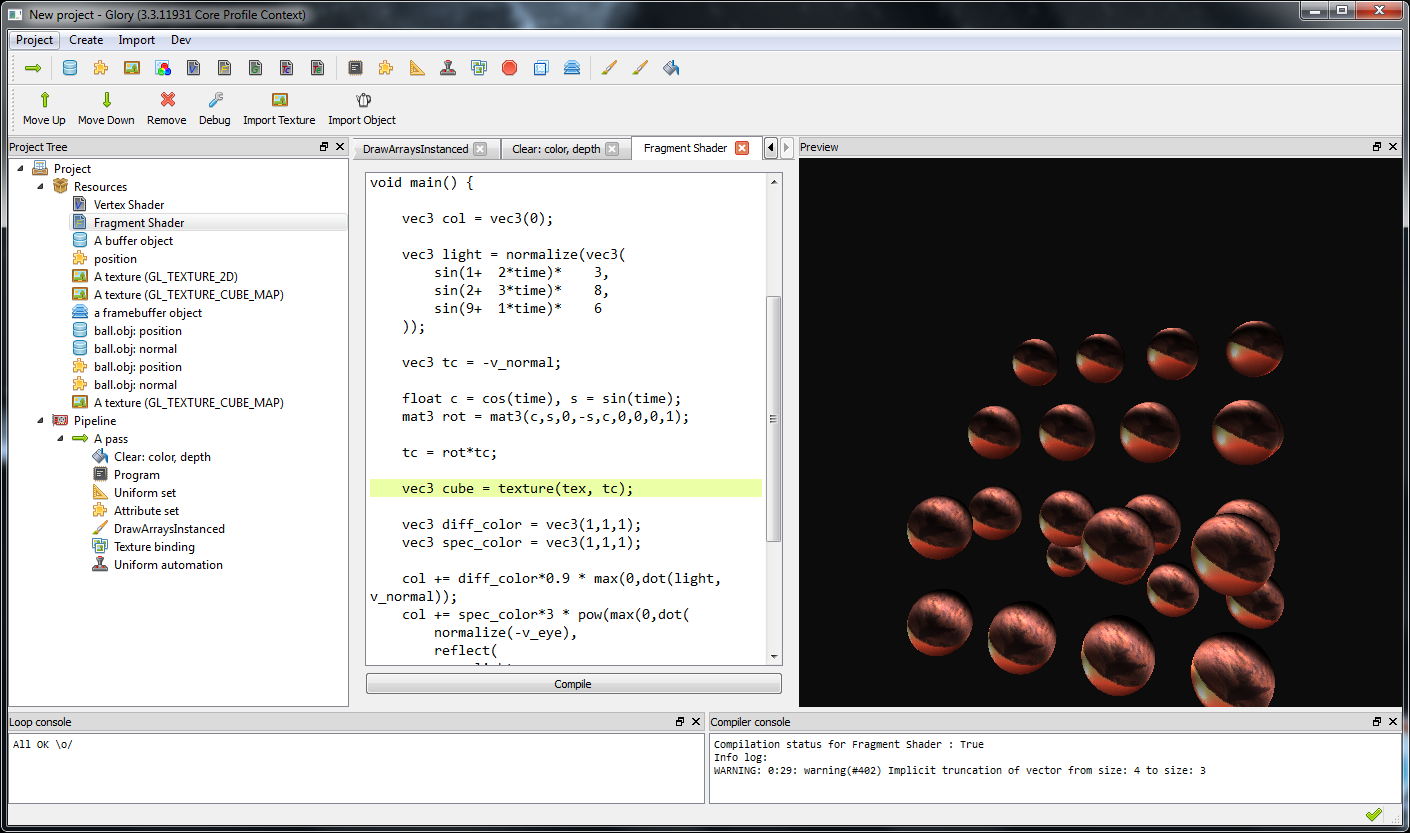 My main inspiration were excellent, yet a bit vintage shader design tools such as RenderMonkey or FX Composer, both last updated around 2008. A lot has changed by then. I didn't try to make a copy, though: during the design, I made it a priority to avoid inventing my own abstractions on top of OpenGL. In other words, I tried to expose OpenGL in an user-friendly, but accurate way. The idea is to avoid limiting the user's possibilities to some subset that I've predicted.

As a matter of fact, I find this distinction (managing a domain's complexity vs. hiding it away) very blogworthy and applicable to many areas. Expect me to rant about it sometime soon.

There are two target groups for the program:

The alpha is functional but rather bare-bones. It has reached the point where a good study together with target users is necessary to decide where to put the most effort. Merrily following the feature creep is tempting, but how to make the thing user-friendly for newbies? How to allow professionals integrate it into their workflow? Hard to answer that without user studies.

I have yet to decide about Glory's future and invent a business model for it; this kind of challenge is new to me and I'm all excited. Chances are it will be easily available, though :-)

Glory is written using Python and Qt (PySide). During the development, inspired by the fun we had with WPF at Blue Brick last year, I've conjured am MVVM microframework for Python that has succeeded to save me from some Logic <-> UI boilerplate. I believe it might prove useful outside of my app, and partially even outside Qt. I'll clean things up and share it on GitHub soon.